The store will not work correctly in the case when cookies are disabled.

The original paisley designs are thought to have emanated from Persia and date back to 1700 BC, the design spread via traditional trade routes and became very popular in Great Britain in the 1700's, on items that were mainly woven cashemere and as such, luxurious and worn mainly by women. As time passed more modern techniquies lead to a thriving art of printing of the design, primarily in the Scottish town of Paisley. Now lending it's name to what has become known as a classic design, Paisley became available in items that men could wear too, in the form of neck ties and cravats! Here you can find our selection of fine paisley design ties. 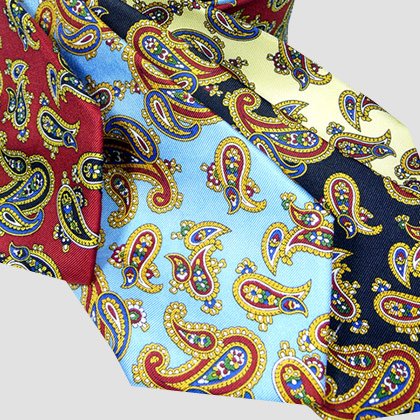